In this lesson we will learn about the main glassware items and other pieces of equipment used in a school science laboratory.

Each piece of equipment has its own specialised purpose and a safe method of operation.

Becoming familiar with the main items that you will use in science class will greatly help you become a competent scientist. 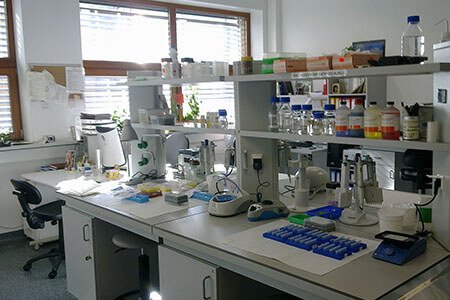 A science laboratory contains a variety of specialised equipment.

This is usually different to standard glass, as it needs to have special qualities.

It will break if dropped or handled roughly.

It can also be expensive to replace.

This is especially important if the object is going to be heated as it will almost certainly break.

We will also look at some equipment that is not made of glass. 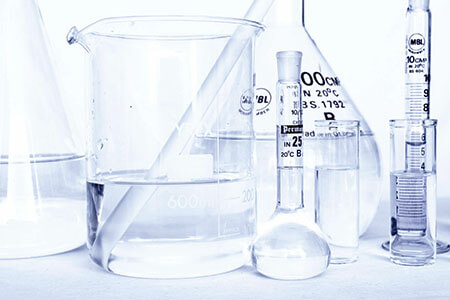 Laboratory glassware uses a special type of glass, but it is still fragile. 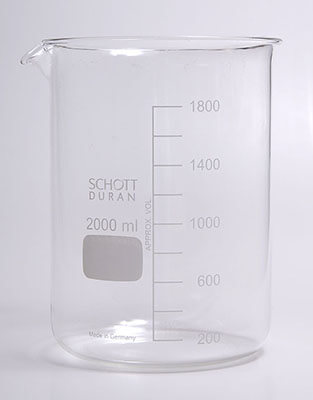 They are also used in biology for growing microbial cultures. 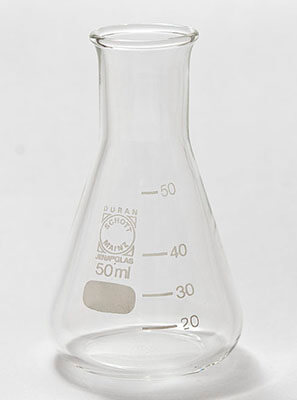 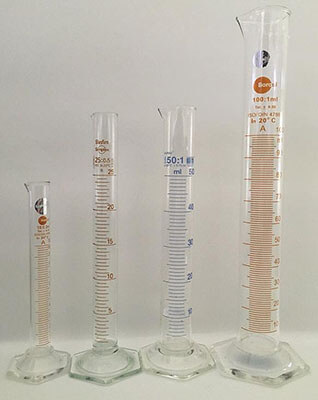 A rubber stopper can be used to seal a test tube when mixing substances.

This reduces the risk of breakage and chemical spills.

Test tubes can also be placed in racks in a water bath. 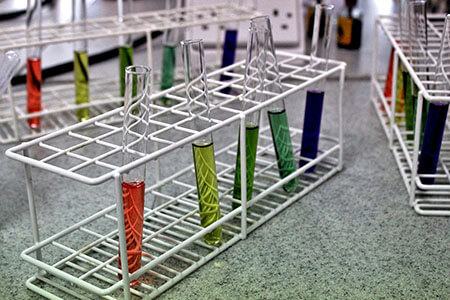 They are also used in conjunction with filter paper for filtration of fine solid particles from liquid mixtures. 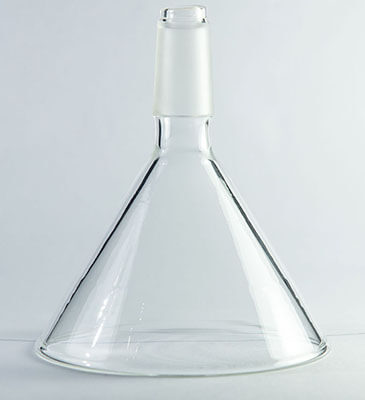 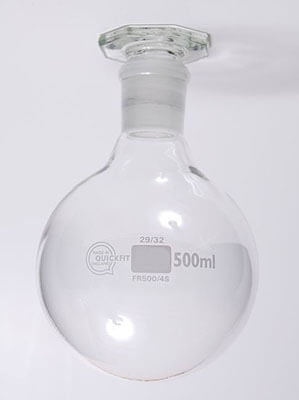 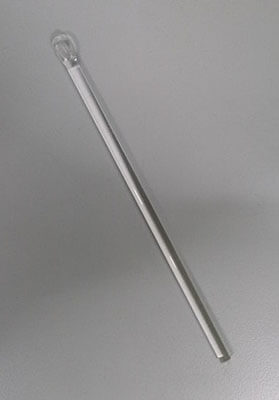 They are also used as a surface for evaporating liquids from solutions and drying solids.

They can also be used as a temporary cover for beakers containing solutions, to prevent dust or other substances from getting into them. 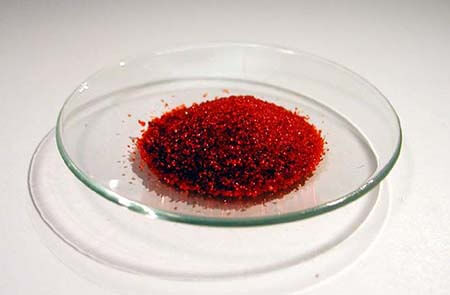 They are often used in conjunction with a tripod, for example, when heating liquids in a beaker or solids in a crucible. 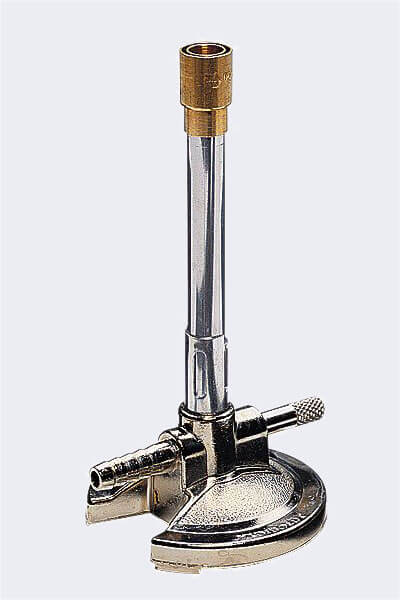 They are placed over the Bunsen burner and objects placed on the tripod.

Ideally, a tripod should be allowed to cool down before being handled. 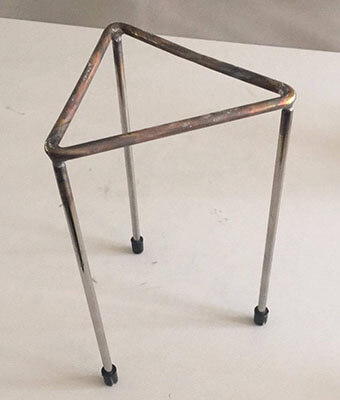 In addition to supporting objects over a Bunsen burner, the meshed metal structure allows for the heat of the flame to be spread out more evenly.

The centre section of a wire gauze will often glow red-hot when in use.

Ideally, a wire gauze should be allowed to cool down before being handled. 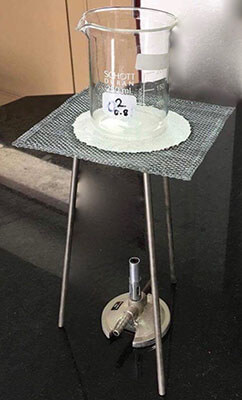 A wire gauze set up on a tripod, with a beaker and Bunsen burner.

They are used for holding certain pieces of glassware and other scientific equipment during experiments.

The screw attaching the bosshead to the retort stand can be used for adjusting the vertical position of the object being held.

The screw attaching the clamp to the bosshead can be used for adjusting the horizontal position of the object being held.

Only adjust one bosshead screw at a time, and always support the object while making adjustments to the bosshead. 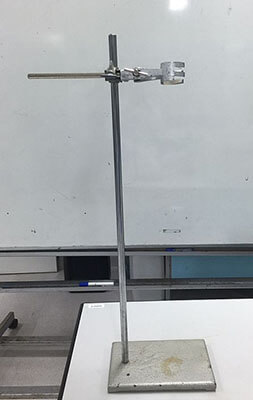 A retort stand, bosshead and clamp 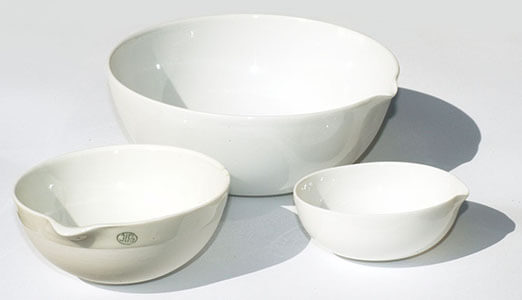 A crucible (lid not shown) 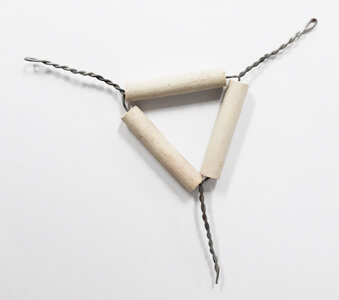 The wooden peg type has a more secure grip, but caution needs to be taken so that it doesn’t catch fire when placed near the Bunsen flame. 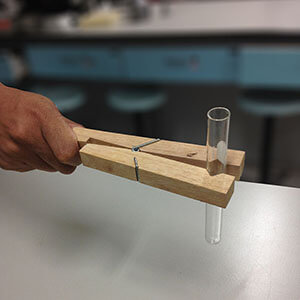 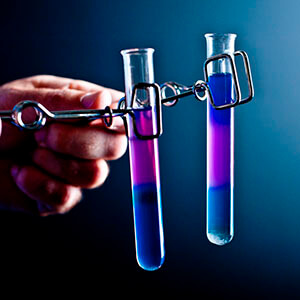 The rounded mid-sections of the arms are specifically designed for holding crucibles. 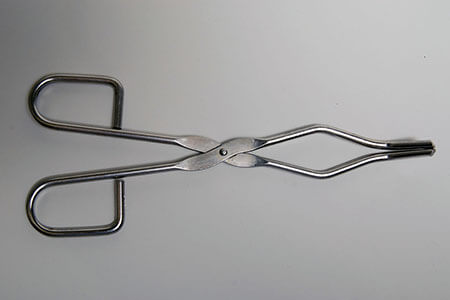 The bulb is first squeezed, then the narrow end of the pipette is placed in the liquid. Then, by releasing the squeeze on the bulb, liquid can be taken up by the pipette. The pipette is then taken out of the liquid and transferred by squeezing the bulb again.

If used gently, transfer pipettes can dispense liquids one drop at a time. 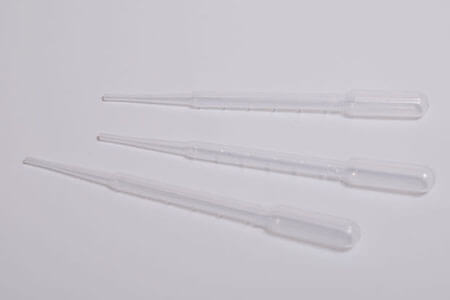 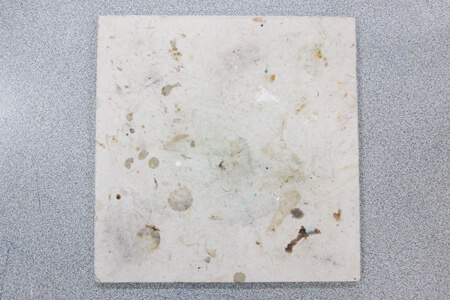 Incorrect handling and usage may result in breakage and personal injury.

Special care needs to be taken when handling equipment that has been heated by a Bunsen burner. 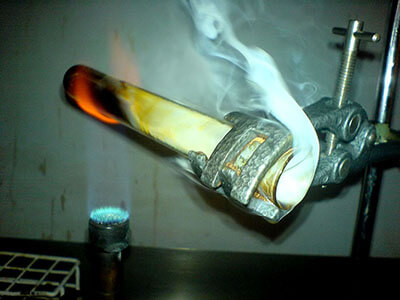 Don’t ever do this!