Atoms in Elements and Compounds

Atoms in Elements and Compounds

In this lesson we will learn about the different ways atoms are arranged in pure substance – elements and compounds. 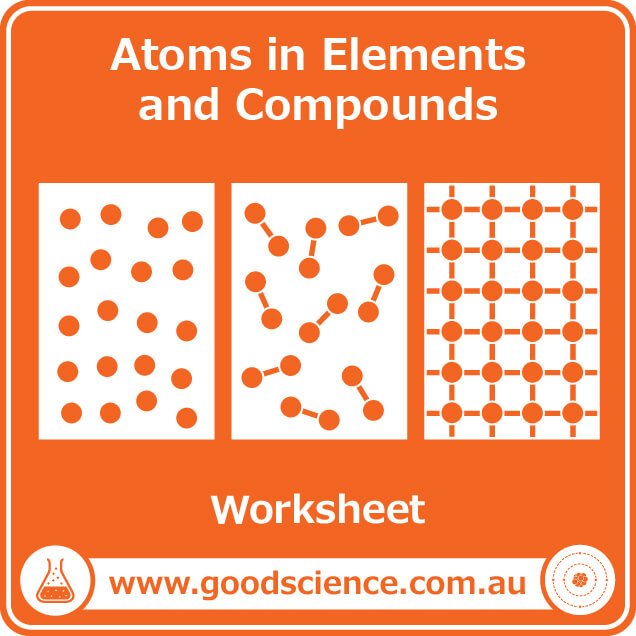 Although there are only 118 different types of atoms, there are countless compounds that exist.

For example, they have a consistent composition throughout, fixed melting and boiling points, and chemically react in predictable ways.

Elements are substances that cannot be chemically broken down into separate substances.

For example, iron and sulfur are both elements. Once they are purified, they cannot be chemically separated into simpler substances.

All of these are represented on the periodic table of the elements. 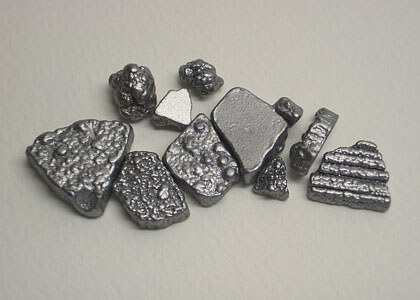 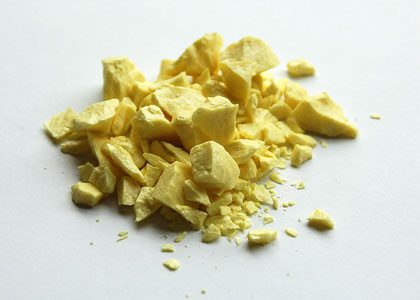 Iron (left) and sulfur (right) are both elements. They cannot be chemically broken down into simpler substances.

Compounds are pure substances, but since they are formed from more than one element, they can be chemically broken down back to these elements. 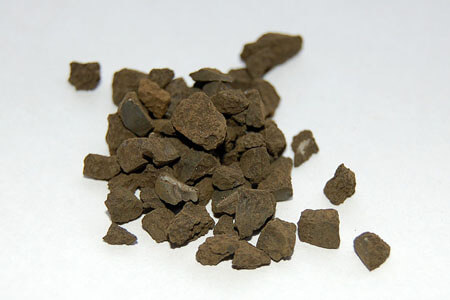 Iron sulfide is a compound. It can be chemically broken down into the elements iron and sulfur.

A chemical subunit can be defined as the smallest fraction of a pure substance that still has the properties of that substance.

Atoms are the fundamental building blocks of all matter.

The only atoms that exist individually are those of the noble gases.

These are the elements which are located in group 18 of the periodic table. They include helium, neon and argon. 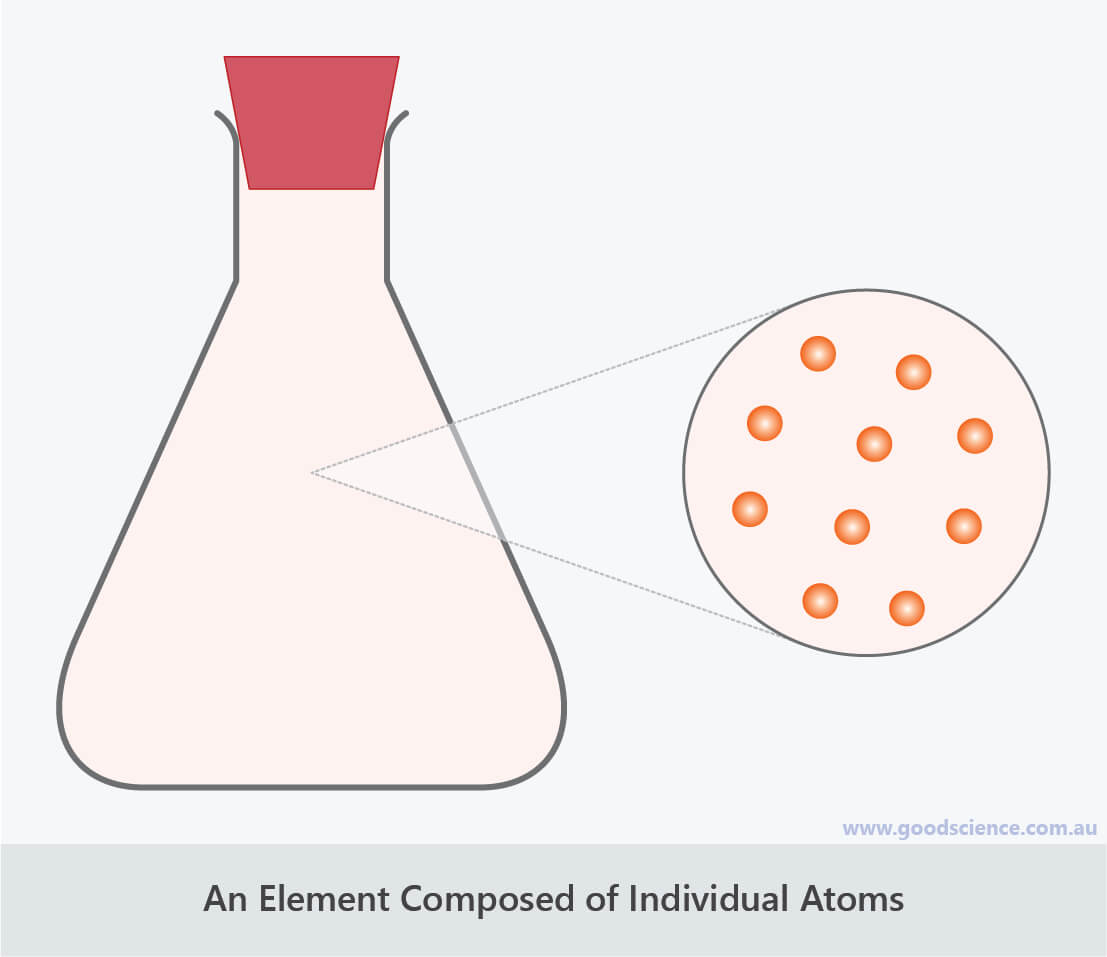 Helium is an example of an element with atoms arranged individually.

These bonded atoms can form two types of chemical structures: molecules and lattices.

These include hydrogen, nitrogen and chlorine. 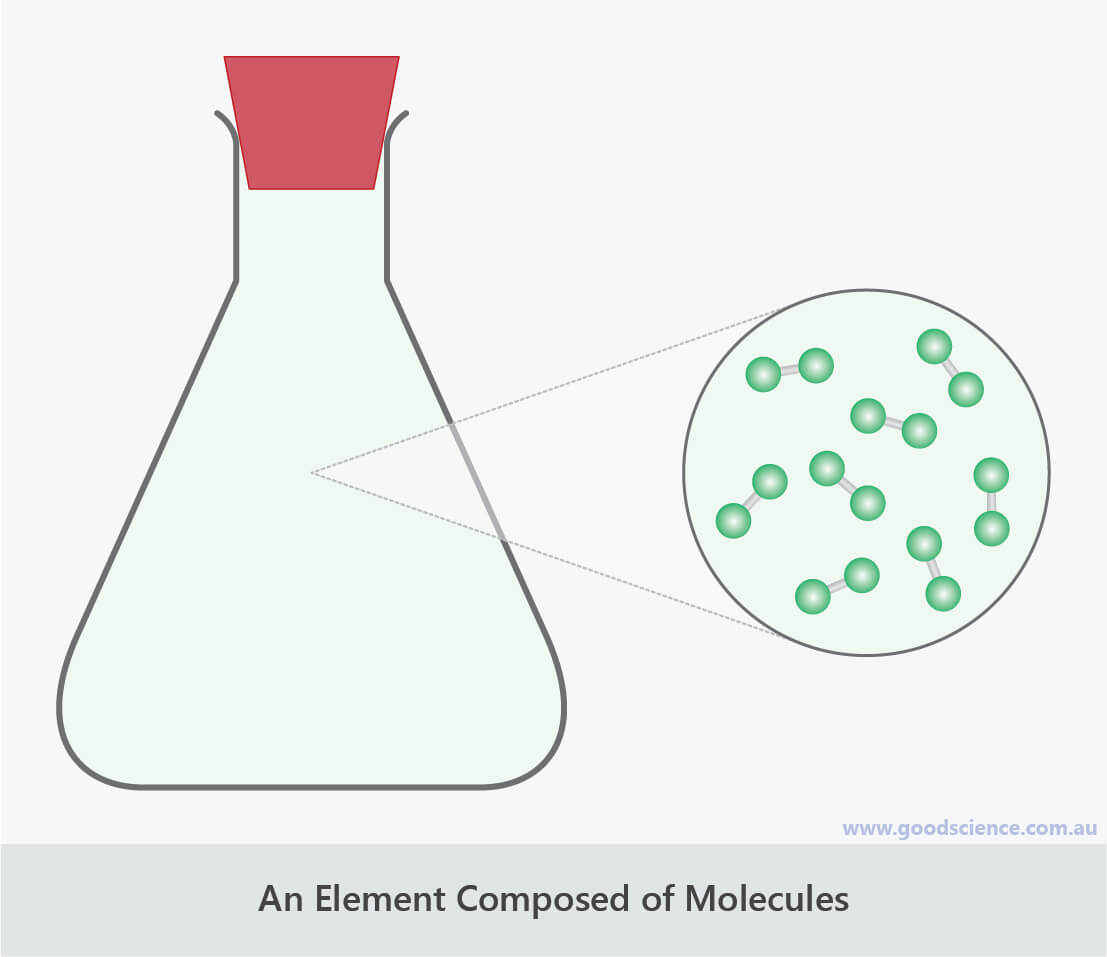 Chlorine is an example of an element with atoms arranged in molecules. 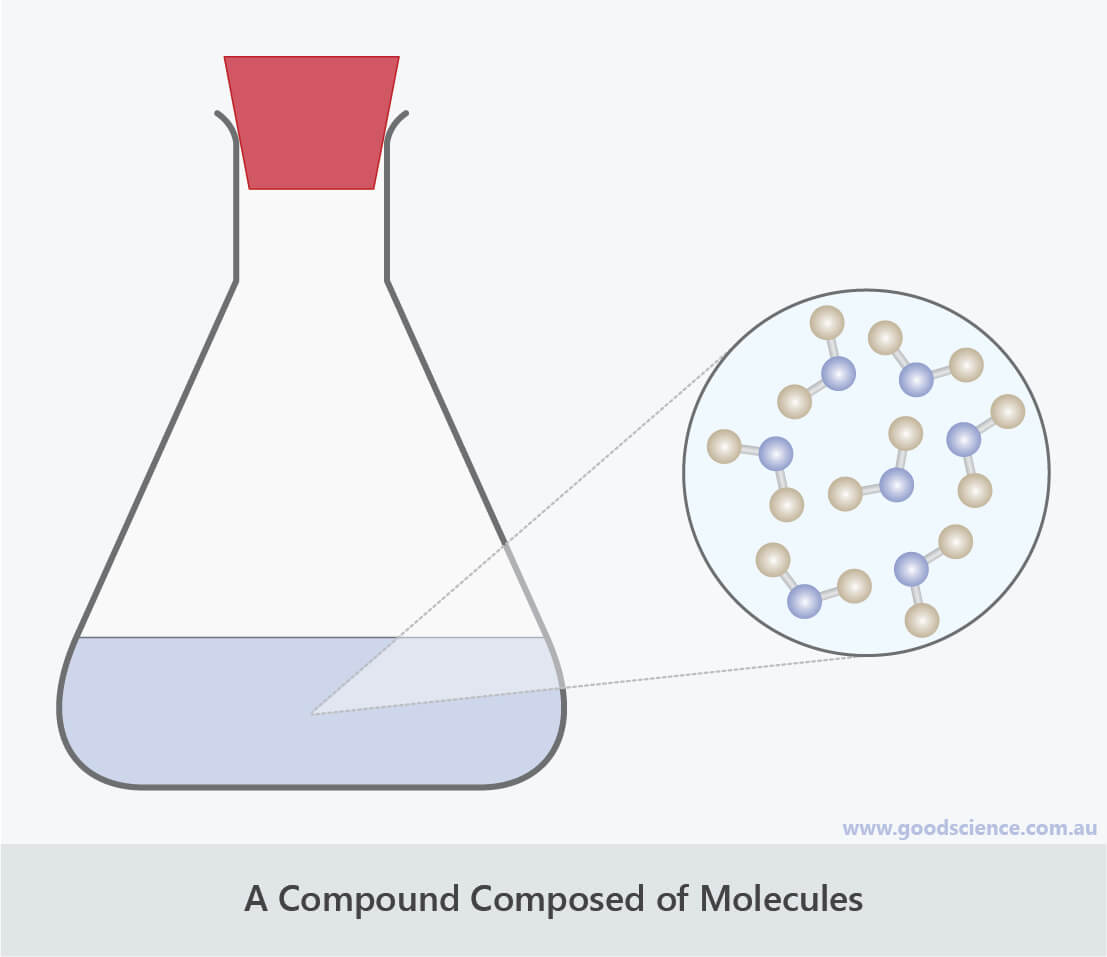 Water is an example of a compound with atoms arranged in molecules.

Carbon and silicon are two examples of non-metal elements whose atoms are arranged as a lattice. 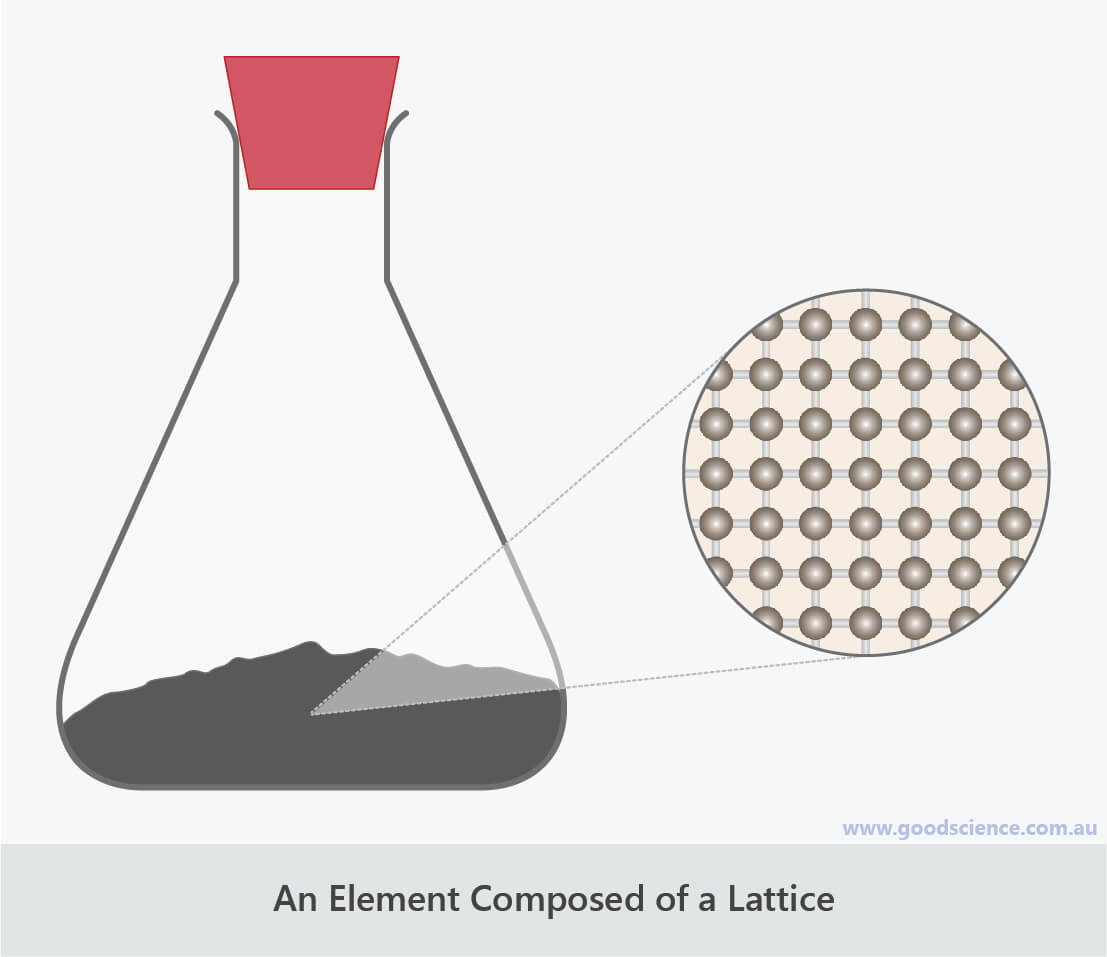 Carbon is an example of an element with atoms arranged in a lattice.

*Most compounds that exist as lattices – such as sodium chloride – are ionic compounds; therefore, the lattices are actually made up of positive and negative ions rather than atoms.

Silicon dioxide is an example of a compound with atoms arranged in a lattice.

They may exist individually (in some elements) or joined to other atoms by chemical bonds, forming molecules or lattices (in most elements and all compounds).

These atoms may exist separately, as molecules or as a lattice.

These atoms may exist as molecules or as a lattice. Some molecules, such as proteins, can contain thousands of atoms.